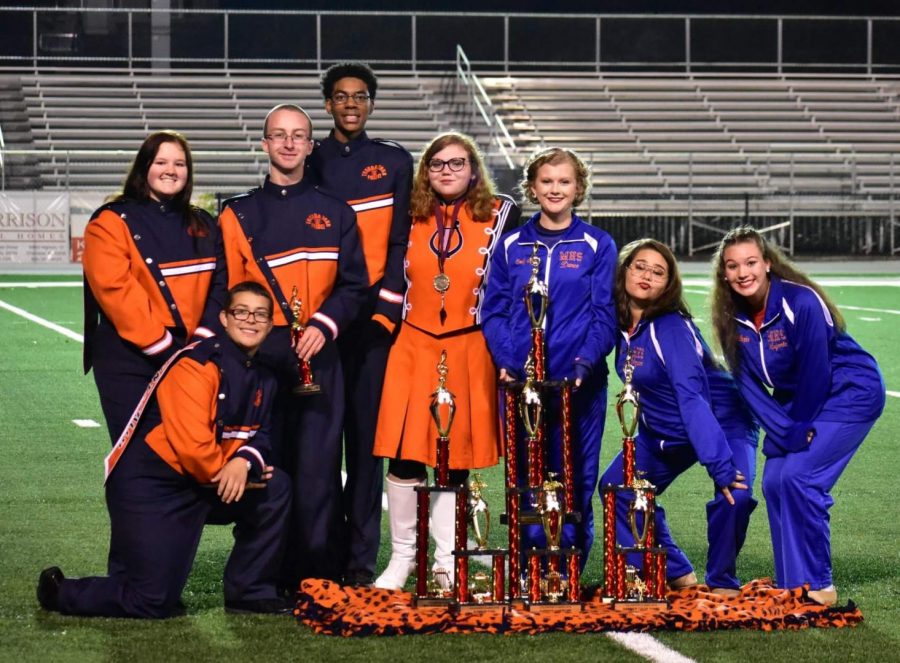 The Montevallo Marching Troubadours took to the competition field one last time on November 2, 2019 at the ColdWater Classic Band Competition in Tuscumbia, AL. They traveled almost three hours for their last competition this season and spent all day eagerly waiting for their results after their performance. Once awards started, senior members and captains went to the field to collect their awards.

Mr. Kirkland announced on the bus “I’m very proud of us!”

Dawn Cabrera posted on social media“Proud of marching troubadours! Best in class” after the awards ceremony.

After receiving all of their awards, they travelled back home to celebrate their winnings and get a good night’s rest for school a few days after! Way to go Troubadours!