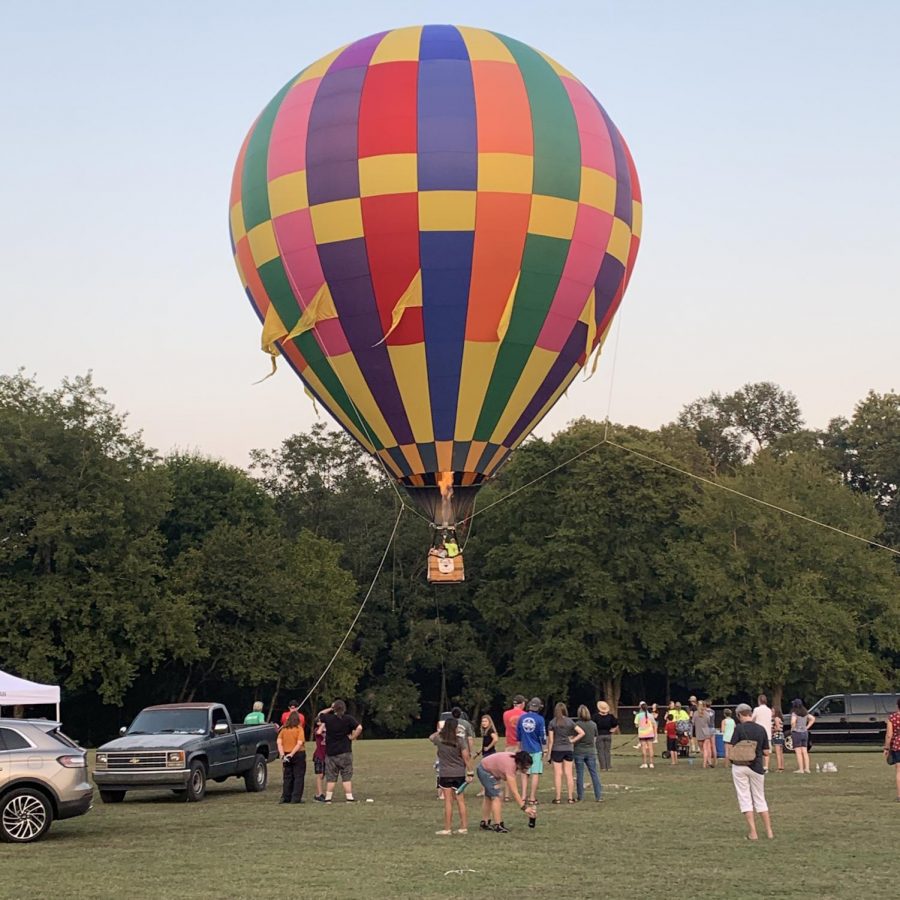 The second annual Tinglewood Festival was held at Orr Park on September 7th, 2019.

This Festival is a wood carving event held in conjunction with the car show. The event hosts many different booths that make and sell a wide variety of very interesting wood products. It lasts all day, and along with the booths, it has interesting activities to do such as going up in a hot air balloon and listening to great bands in the evening.

When asked what the one thing she would change about the festival, the mayor of Montevallo, Hollie Cost said “I hope that next time, there are different bands that appeal to a larger group of people”.

There were many different booths at the event, each one selling their own unique items. Some of them sold items such as wooden sculptures that were carved by hand while others sold wooden wind chimes and etc.

The event lasted from 10am to 10pm. The day that the event was held on just happened to be one of the hottest days of the year, resulting in many many people saying that the only thing that they would change in the event would have been the temperature.

Ella Alexander, a Montevallo High school student who volunteered at the event,  said that she would change the “time of year that the event was held” and said that it should be held “in late September to early October.”

his event was a huge success for the city as it brought in many people from many different areas. The event brought people out to Orr Park to have a great time. The outcome of this event is that it will now be held annually by the city. Mayor Cost said that this event was a combined effort of the Chamber of Commerce, Montevallo Main Street, and the city of Montevallo.