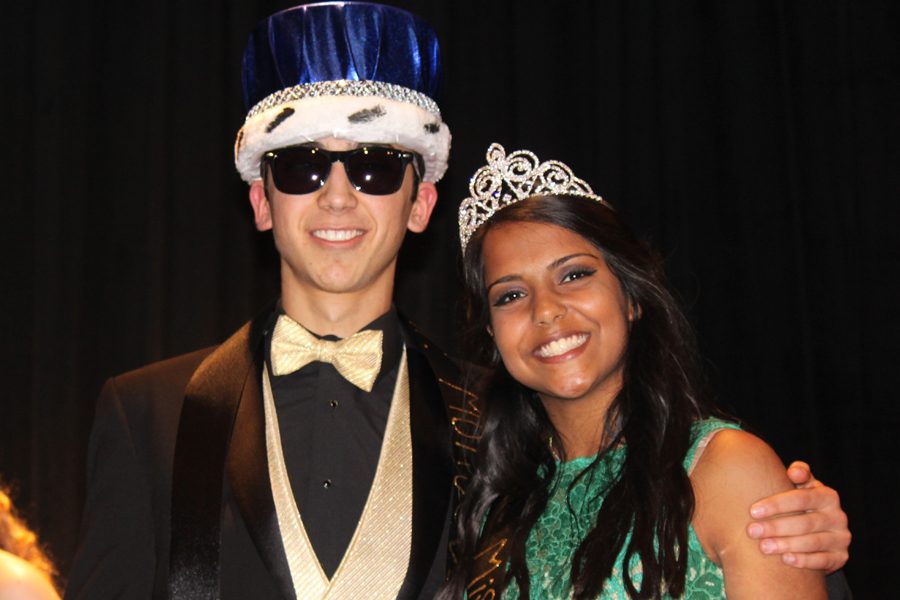 Senior Diego Martinez and junior Kanan Harbuck are all smiles after being crowned Mr. and Miss Montevallo at Montevallo's Day of Pageants, Saturday, Feb. 11.

“We had a great turnout this year with over 40 girls and boys competing,” pageant sponsor Jennifer McCaleb said.

The event began with the Mini Miss, Little Miss and Young Miss pageants at 3:00 p.m. in the Performing Arts Center.

“It was a crazy day for me because I spent my morning at a college visit at Troy University,” Martinez said.  “When I got back it was straight to the interview and then to the stage. I was surprised as everybody else when I was crowned!”

The Miss Montevallo pageant included girls from ninth through twelfth grades.  Sophomore Amanda Buttgereit was voted as Miss Congeniality by the pageant contestants.

“I was really surprised,” Buttgereit said.  “I’m honored the other girls voted for me for the title.”

“I was shocked once I had realized they had called out my name,” Harbuck said.  “This was my second year competing as a high school student.  It’s a lot of fun.  I’m honored to carry the title.”

The event is held annually to raise money for Montevallo’s news broadcast, WDOG.