Student Institute meets to create a new slogan for community 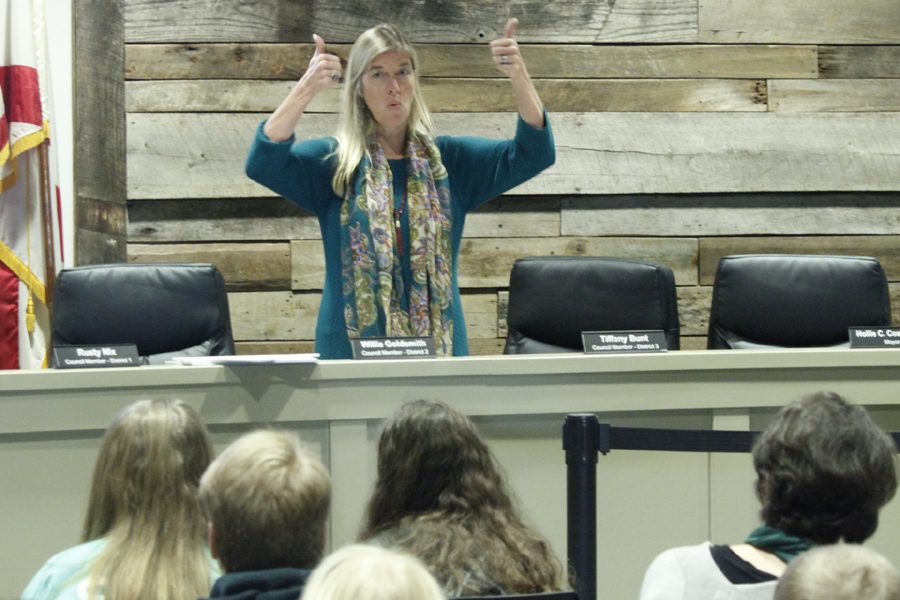 Mayor Holli Cost discusses future plans of the city with students from the elementary, middle and high schools who make up the Student Institute.

Members of Student Institute gathered at Montevallo City Hall, the Parnell Library and the American Village to discuss future plans for the community, Friday, Dec. 2.

To kick off the event, members participated in an ice breaker. Mayor Hollie Cost then discussed future plans for the city.

“I wanted to provided the students an opportunity to learn more about the functions of the city, in order to better formulate their project proposals for the day,” Cost said.

Project proposals included, new slogans for Montevallo and students’ visions for the community.  Sophomore Amanda Buttgereit and her group came up with the slogan “Unity, Community and Ingenuity”.  The official new slogan will be decided by the Chamber of Commerce and the Main Street Committee and will appear on the front of the City of Montevallo’s brochure.

Students then took a trip to visit the future Pocket Park, a new park under the Don Lovelady Bridge.  The park will include a water fountain and a sitting area overlooking Shoal Creek.

After lunch at the Parnell Library, students then traveled to The American Village and discussed budgeting within a city.

“They gave us scenarios and we had to figure out the best way to distribute money within a city,” junior Amanda Buggereit said.