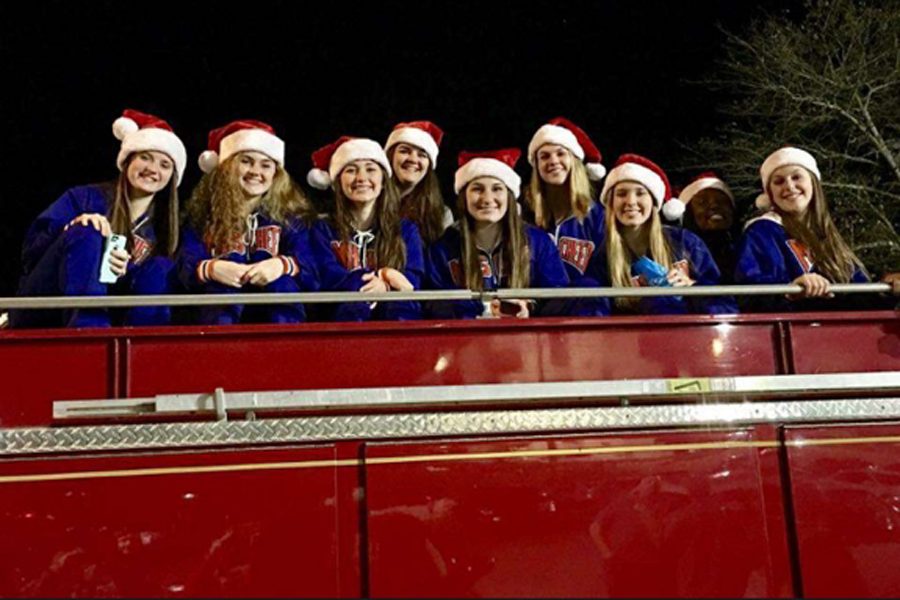 The varsity cheerleaders ride on a firetruck during the parade.

The event is held every year in October to educate people about ways to prevent fires.

“Alabama consistently leads the nation in annual fire deaths,” Montevallo fire marshal Brandon Broadhead said.  “The Montevallo Fire department holds an annual fire prevention parade to bring attention to how deadly fires can be.  We set up safety booths to educate the public on how to be fire safe.  A death affects everyone in the community and it is our goal to ensure our community is as safe as possible.”

The Marching Troubadours started off the parade playing Louie, Louie and the Fight Song.

“It was a lot of fun playing in the parade,”band leader Nate Pepper said.  “There was a great turnout and a lot of children.

They were followed by varsity cheerleaders riding on a fire truck and the FFA.

“It was really cool seeing how the whole community came to watch the parade,” senior Rebecca Martin said.

After the parade, Montevallo’s fire department held demonstrations in Orr Park where firefighters demonstrated ways to prevents fires and how to react.

The event kicks off the National Fire Prevention Week and is sponsored by Montevallo Fire and Rescue.