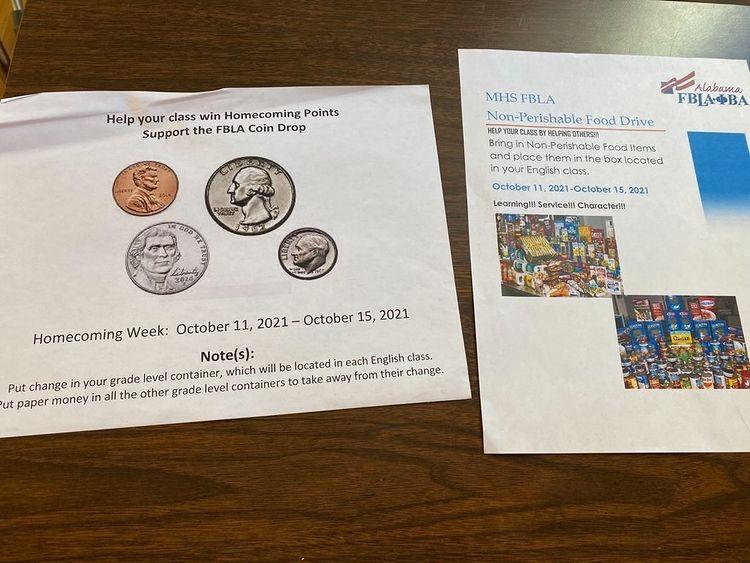 Some of the many activities during the highly anticipated school’s homecoming week are the canned food drive and the coin drive. Sponsored by the FBLA, these drives not only are seen as one of the competitions between the grade levels but they are also donations for those who don’t have enough resources and are needy. Though these are some of the least exciting contests as it is more of bringing in things than making or participating in games, they are some of the most important.

They are important in the community as stated before because they help our community members that can’t provide much for their families and themselves. The money raised in our coin drive contest will be donated to charity.

Most of the excitement comes from it being one of the last couple of contests between grade levels. The grade with the most cans and most money collected wins the contest and wins bragging rights towards the other grade levels.

So don’t forget to bring in your cans and coins! Not only to gain bragging rights towards the other grade but also to help out our community.