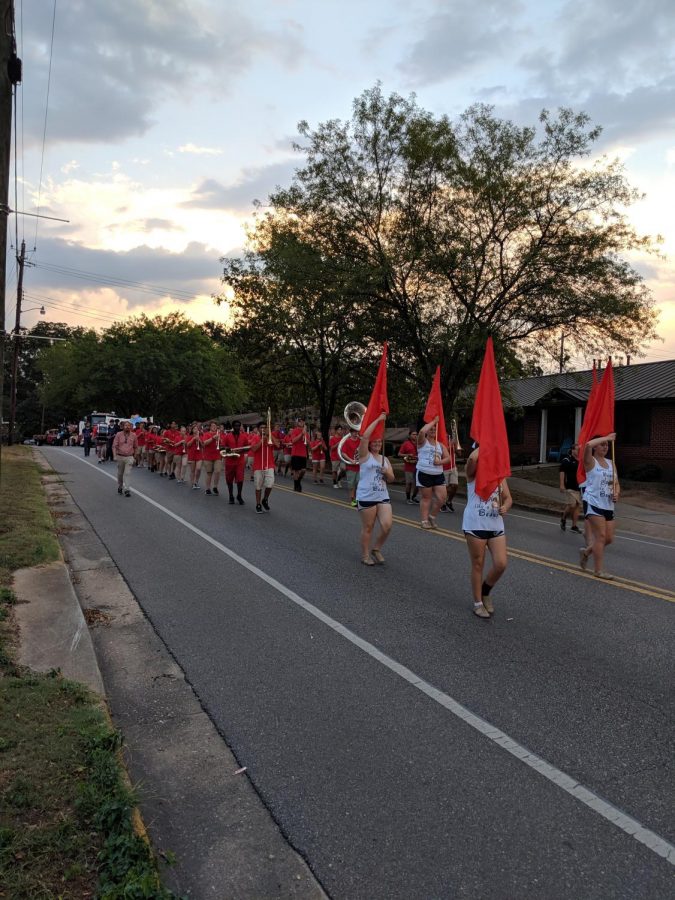 Wilmarie Oquendo said, “This is definitely one of my most favorite parades of the year, it was so much fun participating with FBLA and getting to give people candy and all types of treats and seeing all the school spirit for homecoming.”

After the homecoming parade, every student and resident made their way to the MES stadium to attend a homecoming pep rally. At the pep rally there was the band playing, majorettes, and the MHS football team and homecoming court were both introduced. The candidates for homecoming queen were Avery L., Kattie L., Abigail E. And, Chaniya R. The candidates for homecoming king included were Robert S., Logan M., and Ja’quel W.  There were also plenty of small games where they let the students join in and compete against each other. The activities included a pie eating contest, get the hoola hoop down the line, and more activities.We asked some parents on their .

Parent Brenda Carrillo shared her thoughts on the parade and the pep rally saying, “Almost every year I try to take my kids  to come and get some candy. They always enjoy it as firefighters pass by and wave at them. This year I can say it was better than the past ones because the pep rally after the parade was fun and it was nice seeing the homecoming courts being presented.”

Overall, it was a fun and amazing experience for all the students to  be able to see and be involved in the homecoming parade.