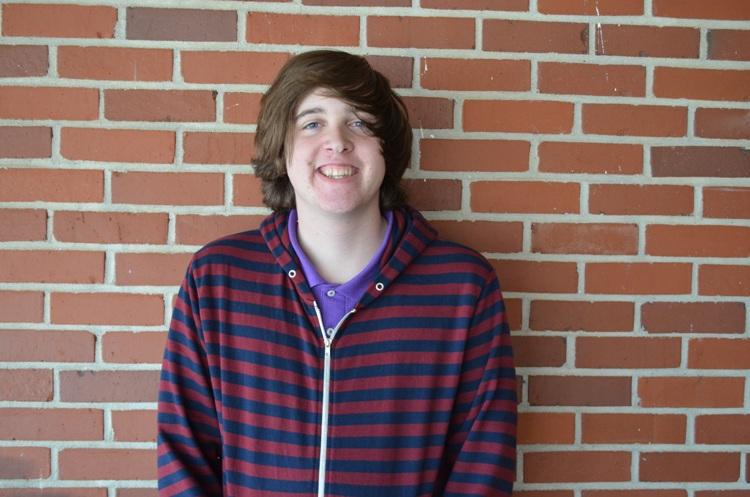 “Kenny has a natural, innate musicianship that is impossible to teach,” Montevallo High School Marching Troubadours director Perry Lawley said, when describing musically talented senior Kenny Oswald.  Oswald was recently chosen to be part of the All-State honor band.
Oswald has played the euphonium, a low brass instrument, since he was in 7th grade. He started out playing the trombone, and then progressed to the euphonium. He recently accomplished becoming one of the elite euphonium players in the state.
To achieve a place at All-State, Oswald had to compete in his district by playing two pieces of music, all major scales, two minor scales and completing a piece by sight-reading. After competing against other euphonium players, he was scored and earned the top placement for his district. He had the chance to compete with other first chairs from other districts in the All-State Red Band, the premier group. After the tryouts for chair placement, the All-State band rehearsed a number of pieces to perform for the public at the All-State Festival in Huntsville.
None of this comes as a shock to anyone who knows Kenny.
“Kenny is the definition of hard work and dedication,” senior drum major Chris Seeboth said.
Oswald had previously attended All- State, and this school year alone he has accomplished second chair at the UAB Festival Band, first chair at All-County and second chair at the Florida State University Honor Band.
“Kenny possesses an innate sense of musicality not present in every player,” Lawley said. “He matures his talent through opportunities in musical performance all around the southeast. His talents coupled with tremendous work ethic have brought Kenny true success. He should be a model for all students as proof that hard work and drive can elevate anyone to higher places.”
Oswald is not only involved in band but he also balances his time with AP and honors classes, including AP Music Theory. He is also a member of the Scholars Bowl team, Peacemakers and the Math Team.
“Kenny is a fantastic person and musical talent, and I believe he is going to go far in life,” junior Dylan Sanders said.