Hamby excels on the court and in class 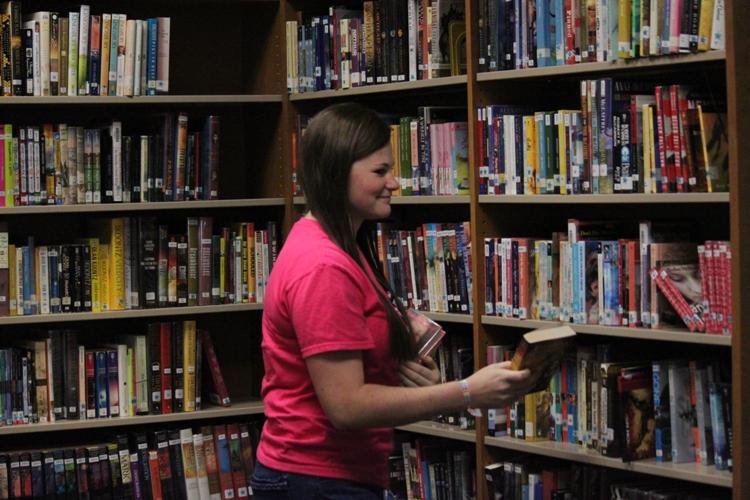 Senior Kirklynn Hamby exemplifies the well-rounded student through her dedication to sports and academics.
Hamby played volleyball for six years, playing as middle blocker this past season.
“This has been one of the best years for our team,” Hamby said.  “We had many great athletes and good team chemistry.  Everyone was willing to work super hard, and that’s why we had such a good season.”
Hamby is also part of the girls’ softball team, playing first base.
Hamby’s success as an athlete is no surprise, considering she comes from a family of athletes, including her mother, who played catcher for the MHS softball team in 1996.
“Kirklynn is a great student,” volleyball coach Tena Niven said.  “She was a leader for our team inside and outside of the classroom.”
In addition to her athletic success, Hamby works hard to achieve academically as well.  She takes advance courses, including AP English Literature and Composition, AP Calculus and AP Biology. Hamby has garnered notice from several colleges including the University of North Alabama and the University of West Florida.
Hamby plans to attend the University of Montevallo or the University of North Alabama to study speech pathology.
“Kirklynn has a great attitude towards everything she involves herself in,” fellow volleyball teammate senior McKenna Anderson said.  “And I just love her personality. She’s fun to be around.”