The Butler entertains with more fiction than fact 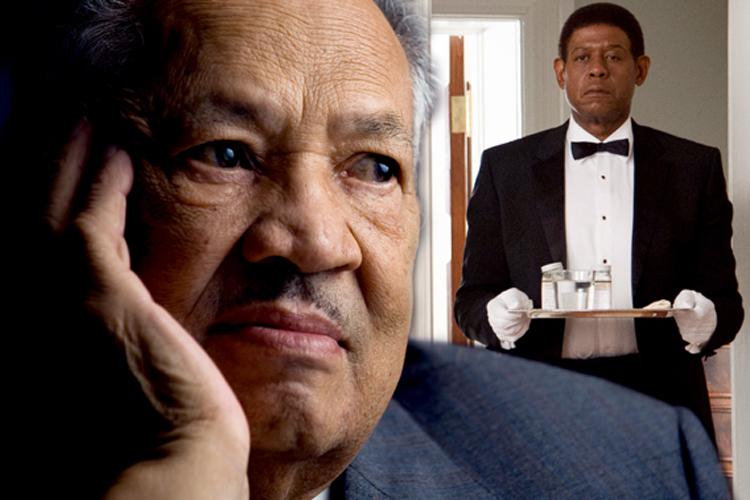 Lee Daniels’ The Butler was inspired by the life experience of Eugene Allen, a White House butler who served eight presidents, Truman through Reagan, from 1952 to 1986.
The star-studded cast, headed by Oscar winner Forest Whittaker and talk show queen Oprah Winfrey, promised a great movie.  The movie delivered much of what was expected and some of what was promised. Historical incidents and presidential politics were interspersed throughout the film; however, the authenticity of Allen’s life fell short.
The movie was supposedly inspired by the Nov. 7, 2008 Washington Post feature article, “The Butler Best Served by This Election,” written by Wil Haygood. The movie so tweaked for dramatic effect that, except for the lead character being a White House butler, little else coincides with Allen’s life, especially his childhood.
Even Allen’s name was changed to Cecil Gaines. Allen was given an alcoholic adulterous wife and a fictitious older second son who was a civil rights activist, Black Panther and freedom rider. In real life, Allen had only one son, who served in Vietnam, and he was married to his wife, Helene, for 65 years. His son is still alive.
A key historical moment depicted in the film includes the forceful 1957 intervention by President Dwight Eisenhower (Robin Williams) to ensure the safety of “the Little Rock Nine” as then-Governor Orville Faubus of Arkansas defied his orders to integrate. There are some touching moments, like when the butler and his wife attend a state dinner as Ronald Reagan’s guests, the first President to do so.  Another scene, where Jackie Kennedy gives Cecil her deceased husband’s tie is surprisingly true; however, the real “Butler” had the tie framed.
The film depicts much history.  In light of the 50th anniversary of Dr. Martin Luther King, Jr.’s March on Washington, and the Civil Rights Movement, the film’s historical incidents could inspire younger movie-goers like me to learn more about the times that shaped our lives today.
I enjoyed the film. I was pleased and touched by what I saw. Yet with parents who lived through the Civil Rights Movement, the movie also made me a bit angry, because our story is being told through someone else.  I recently saw a review by a woman named J. Smith, who said her problem with The Butler is that “someone else is always telling our story.”  She added, “The Butler was written [directed] by the same white guy that wrote Precious.  A white woman wrote The Help, and 42 was told through Branch Rickey.  Why we can’t tell our own story?” she asked.  She makes a good point.
I think the film would have been better with more of Allen’s story and less of Hollywood’s rewrite. Maybe Tyler Perry or some other African-American writer will write a stage play and a true tribute to Allen’s life and legacy.  I believe Allen’s life would be far more interesting than Hollywood’s version.
“The Butler,” Mr. Eugene Allen (1919-2010), has passed on, but I’m sure if he were still alive, he could tell his story best.