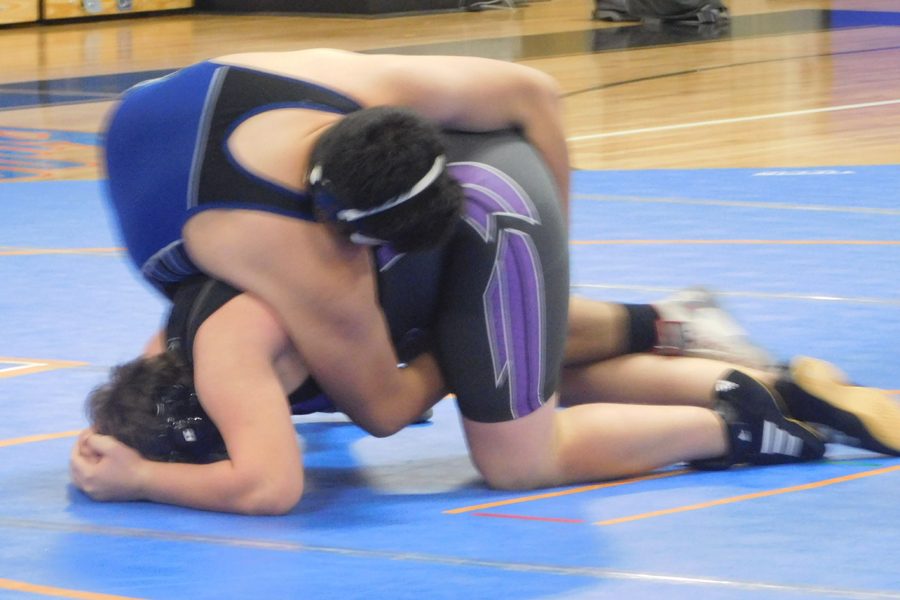 Freshman Ariel Suarez pins his opponent in the match against Prattville, Feb. 2.

The team first competed against the Alabama Institute for the Deaf and the Blind where they won 38-22.

“We really came together as a team,” freshman Jemari Harris said.  “All of our hardwork at practice really paid off.”

They then turned around to tackle the Prattville Panthers where they lost 33-38.

“Although we didn’t come up with the victory, I feel like we did good; we fought hard,” freshman Wilson Massey said.

After a staggering night of wrestling, freshman Ariel Suarez was the only one to qualify for state.  He competed this past weekend and finished 7th in the state after losing a round in triple overtime, 2-3.

“It was exciting to be able to represent Montevallo at state this year,” Suarez said.  “Overall I think our season went really well.  Wrestling has really helped me with my grades and to stay out of trouble.”

This is only Montevallo’s second year of having a wrestling program.

“I think it offers something to some of the kids who might not have another avenue in sports,” Davidson said.  “It also helps with other sports; it complements them.”