Terrill leads as a student-athlete 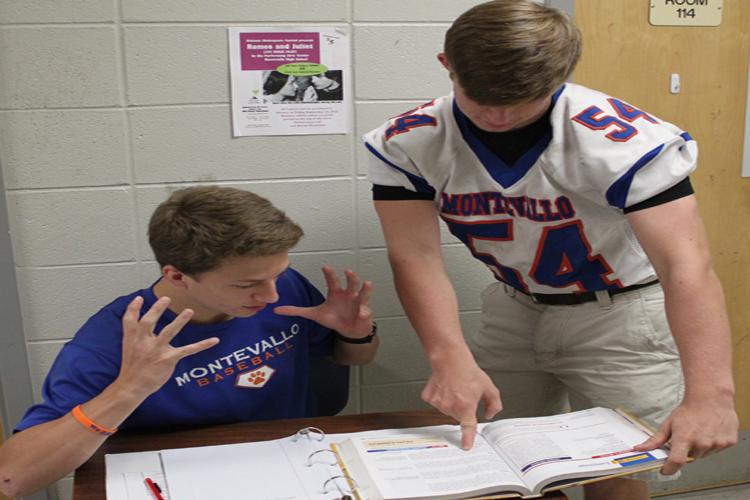 This year marks senior Aaron Terrill’s tenth year of playing football.
Terrill plays linebacker and pulling guard for the Montevallo Bulldogs, and desired to leave a legacy this football season.
“My goal was to leave everything on the field with no regrets,” Terrill said. “I believe we have come closer as team and decided to always fight, no matter what.”
Terrill believed the Bulldogs’ toughest opponent this season was Leeds.
“Leeds was fundamentally sound with good athletes,” Terrill said. “We focused on being tough and competing tough, not just for one game, but for the whole season, to start a turnaround for Montevallo football.”
In addition to leading as an athlete both on the football field and the baseball diamond, Terrill strives to be successful academically as well.
His future plans include a desire to attend the Citadel, but he is considering other schools.  He aims to be an officer in the Marine Corps.
Terrill’s free time consists of tending to his horses, hanging out with friends and working out.
“Aaron is a comical character and always brightens my day,” math teacher Dawn Cabrera said.  “He is an amazing person, and he is a leader among students.”
Terrill’s commitment to excellence as a student-athlete is recognized by both his teachers and his friends.
“Aaron has been one of my friends since he came here,” senior Seth Hawks said.  “He is extremely dedicated when it comes to sports and school, and he definitely has set goals for himself with the expectations to meet them.”