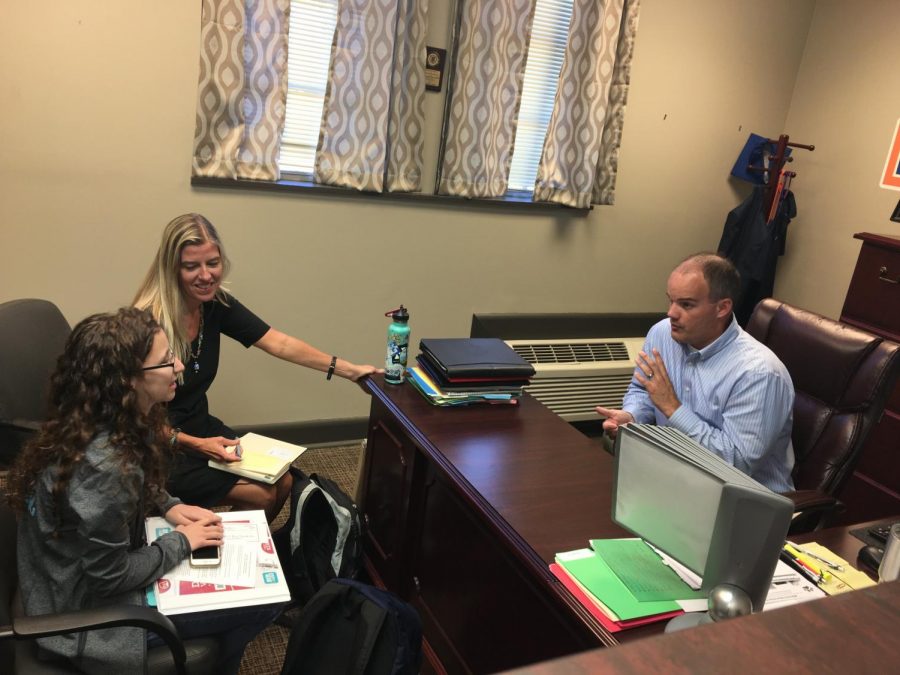 Steve Bromley has been in education for seventeen years. He is married to Elizabeth Bromley and together they have one son named Easton. He was previously the assistant principal at Calera High School, but when the opportunity to become a principal arose, he gladly accepted the offer.

As a first time principal, Bromley said that he is most eager about meeting everyone at Montevallo High School. Bromley says he is “excited to meet all the students and staff and get to know them on a more personal level, so I can serve them to the best of my ability.” A few things Bromley likes most about MHS are the smaller student population,  the family oriented feel, and the strong morals and values that exist.

A couple things Bromley would like the students to know about him are that he loves music, Mexican food and movies. He said he does not have any specific artist he loves; he loves all types of music. His favorite genre of movies are comedy, suspense or action. Also his favorite color is blue which is perfect for a new Montevallo Bulldog! We are so excited for Mr. Bromley to be a part of the Montevallo High School family this year!