Grayson awarded Teacher of the Year 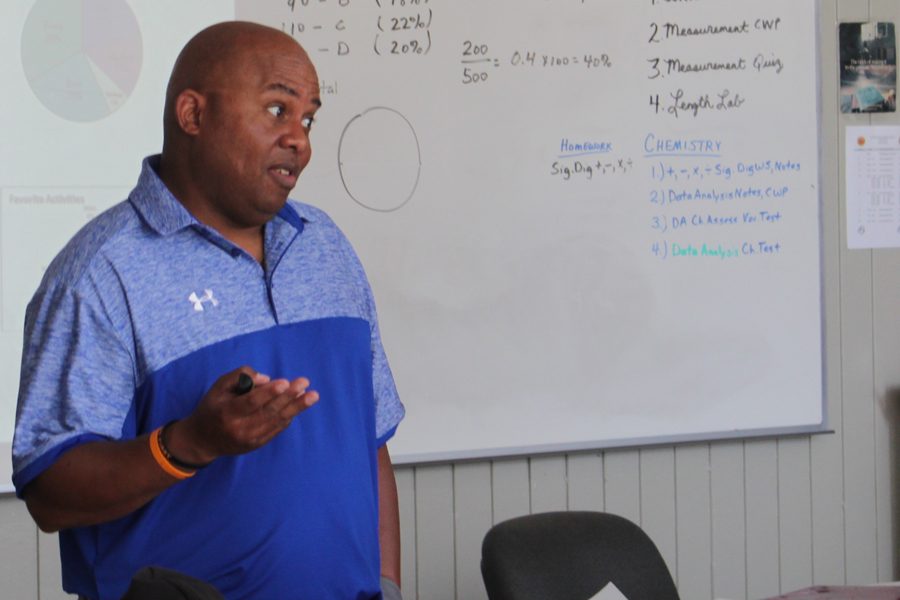 Coach Maury Grayson reviews a concept in his Chemistry class.

Teachers at Montevallo High voted veteran teacher Maury Grayson for Teacher of the Year 2017.  This is Grayson’s fourteenth year of teaching at MHS.

“I was truly surprised,” Grayson said.  “I did not expect it nor did I really want it.  I was in a position to where I was just happy to be nominated by the teachers at the school.”

“Coach Grayson is different because he’s hard on you and he pushes you,” senior Joseph Cardozo said.   “What I like about him is that even though he may seem like a hard teacher to deal with, he really does care for his students and wants the best for them.”

Grayson graduated from Sylacauga High School in 1983.  He continued his education at the University of Montevallo where he pursued two degrees. He earned a BS in Biology in 1988 and his MEd in General Science in 1990. After receiving both degrees, Grayson immediately started teaching. He taught at Thompson High School for thirteen years, from 1990-2003. Grayson has been at MHS since 2003 where he has helped coach both basketball and football.

Grayson is married to Eilani Bryant Grayson, who works as a testing coordinator at Samford University. They have one daughter who lives and works in Atlanta.

When he’s not at school, Grayson enjoys watching sporting events on ESPN and NCIS. He enjoys reading motivational books, but he has no particular favorite. His favorite movies are The Negotiator and Remember the Titans.