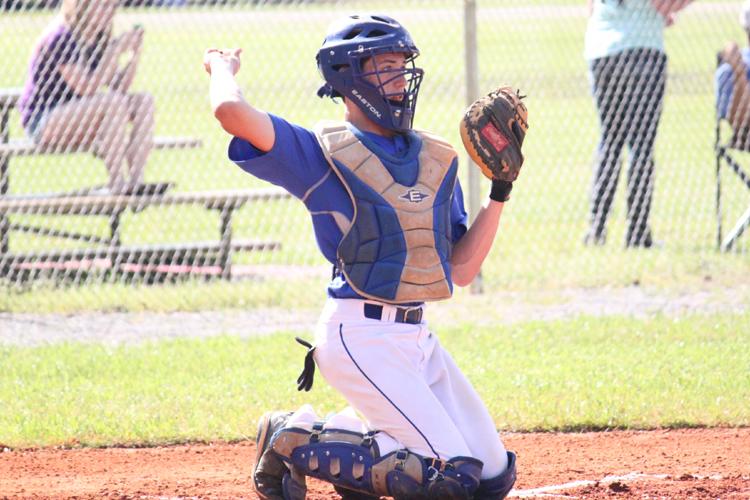 Senior Landon Goodwin was recognized in the Central Alabama region for the Bryant-Jordan Student Athlete Award on Tuesday, April 9. With this scholarship he is awarded $2500 toward his freshman year attending the University of Alabama.
Goodwin also competed with fifteen other student athletes from across the state for the Alabama “A” Club Educational and Charitable Foundation Achievement and Scholar Athlete award.  He interviewed with five board members at the Alabama Sports Hall of Fame and received the announcement later that day of his acceptance.  The scholarship includes $3000 a year for four years, totaling $12,000 dollars from the “A” club he will put toward attendance at the University of Alabama.
“After working so hard throughout school, it is nice to be able to receive such an honor,” Goodwin said. “I cannot wait to attend college, and see what is in store for my future.”
Goodwin is not only a leader in academics, but he is a leader in the sports arena as well. Throughout high school, he has played basketball and baseball, and this year, he added football to his athletic repertoire.
Head football coach Andrew Zow was impressed with Goodwin’s dedication, despite his first-year status.
“Landon gives his best effort every day,” Zow said.  “He is dependable, trustworthy and respectful, participating fully in training and being prepared for each practice.”
Goodwin is recognized for his ability to meet goals academically and athletically, as these scholarship wins indicate.
“Landon implements plans for reaching goals with hard work,” Zow said.  “Case in point, when Landon wanted to excel in football, he put forth extra effort during the summer to learn the offense and get stronger in the weight room.  His hard work produced successes for him on the field throughout the season. As a first-year football player Landon was one of our best players on the team. Landon’s continuous effort set the standard for his younger teammates.”
Goodwin encourages his classmates and teammates to succeed, as well.
“His thoughtful remarks and comments are well received by his team,” Zow said.  “It is true that Landon has distinguished himself by his personal hard work on the field and in the classroom, but he has earned much respect for his established ability to promote growth in his teammates. At the high school level it takes much courage to lead, and Landon possesses such courage.”
After graduating high school, Goodwin will be attending the University of Alabama in the fall of 2013.  He plans to achieve a bachelor’s degree in medicine, and then he plans to attend the University of Alabama in Birmingham to work toward his doctorate.
“I would love to be a cardiologist,” Goodwin said. “After graduating medical school, that is the specialty I plan to pursue.”